Help change the world ‘one woman at a time’

BAFTA-award winning actress and South London resident Juliet Aubrey visited Sydenham High School today (Friday 31 January 2014) to talk to the girls about the life-changing work of the charity Women For Women International of which she is an official ambassador.

Women for Women International supports socially excluded women in war-torn regions with financial and emotional aid, job-skills training, rights education and small business assistance so they can rebuild their lives and become self-sufficient and financial independent. Over 380,000 women have been helped by the charity and graduated from its courses since it was founded by Zainab Salbi in 1993, following the Bosnian conflict.

Ms Aubrey, who is best known for her award-winning appearance in Middlemarch and her TV roles as Dr Helen Cutter in Primeval and as the Countess of Warwick in the BBC’s 2013 historical drama The White Queen, became involved with the charity two years ago after the death of her sister who had campaigned and fundraised for the charity in the US.

Shivonne Graham from Women for Women joined Ms Aubrey to illustrate, through two examples in Rwanda, how the charity helps desperately poor and disadvantaged women – from teenagers to grandmothers – to learn not just a skill but how to make their living from it, be that jewellery making or mushroom farming.  Once they have graduated from the scheme they can then pass on their skills and knowledge to many other women.

Following their talk to senior students, Ms Aubrey and Ms Graham accepted a cheque for £600 from Joanna Johnston, Treasurer of the Sydenham High Parent School Association which helped raise the money.

“It is very appropriate to be here at a girls’ school to highlight the plight of these women in the eight conflict countries we support,” said Ms Aubrey. “They might be living thousands of miles away but our programmes make it easy for each one of us to reach out and provide tangible benefits so we can change the world one woman at a time.”

And for Sydenham High it will be two women at a time because the money raised by the school and its PSA will fund two places on the life changing training programme.

For more information about Women For Women go to: www.womenforwomen.org.uk 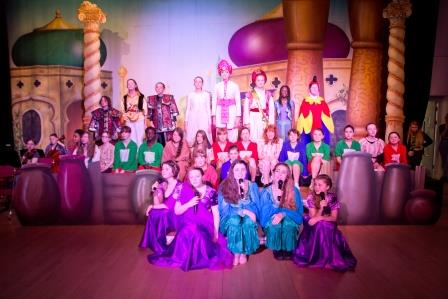