Some of Sydenham High School’s top performers in drama, music and dance received West End star treatment at their very own glittering Awards evening at the school on 26 May.

Special guest of honour to present the Sydenham High ‘Oscars’ was multi-award winning British stage director Marianne Elliott, widely known for her ground-breaking productions of Warhorse and The Curious Incident of the Dog in the Nighttime.

A champagne reception was followed by a sumptuous dinner, interspersed with a dynamic showcase performances from the school’s Jazz Collective, Contemporary Dance Company and Chamber Choir plus a reprise of the best moments from the recent acclaimed school production of Jesus Christ Superstar, and a number of stand-out individual performances.

The evening culminated in a formal awards ceremony.  These included: Musician of the Year (Jade Lucas), Dancer of the Year (Jamilah Balogun) and Actor of the Year (Maddy Telford), each sponsored by School Travel Organiser Magazine. There were also a Chorister’s Award for dedication and commitment in choir was shared by which Eleanor Wyncoll & Lili Telford, plus certificates of achievement and progress in each discipline at each Key Stage.

Presenting the awards, Marianne Elliott said: “I was truly thrilled to see such an array of talent in music, drama and dance tonight.  The students were so committed, so passionate, so talented and yet so supportive of each other.  It’s impressive to see girls of all ages working together, showing confidence and blossoming to their best abilities.  Clearly it’s an exciting time ahead for the performing arts at Sydenham High.”

The final two awards were presented to the winners of the school’s first House Monologue Slam competition, sponsored by Robinson Jackson Estate Agents’ Sydenham office which has previously supported the school’s fundraising events.

Heats for the Monologue Slam had been run over the previous two weeks with the final taking place on the morning of the dinner, judged by Head of Drama Laura Yandell; Headteacher Kathryn Pullen; producer Scott Ponsford and Partner at Robinson Jackson Robert Wright.

Robert Wright commented: “The atmosphere for the Monologue slams was electric and the performances were outstanding.  I was surprised at the clarity of speech, confidence and character depth of the performances.  I am sure that it is the beginning of something great for the young stars!”

Mrs Pullen closed the Awards, saying: “This evening has been phenomenal – demonstrating what a potent mixture of talent, enthusiasm and commitment exists here at Sydenham High.”

Leadership and Excellence in the Arts Award – Tyla-Rae Fatoyinbo 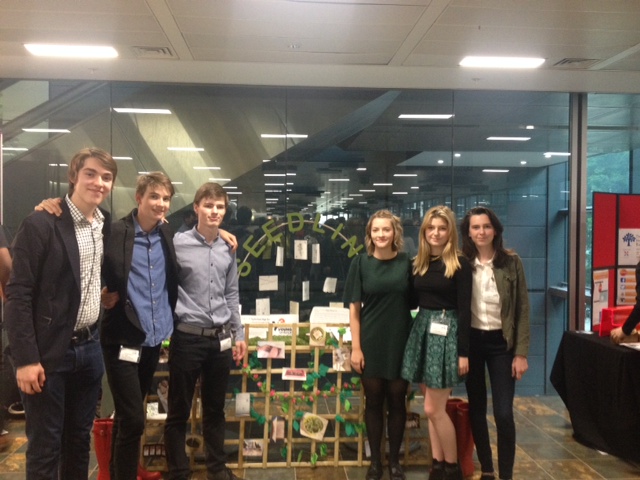