A stellar year for Drama has concluded with the wonderful news that all 75 Year 7 students have passed their Arts Award Bronze with flying colours. This is a level 1 qualification which is equal to a D at GCSE.  Year 7s have been working towards this award through the Drama curriculum and their Aspire sessions since September.

As part of the award the girls learnt new skills in Physical Theatre, Mime and Voice; went to see Charlie And The Chocolate Factory as informed audience members; researched an arts practitioner who has inspired them and taught some of our Year 6 students about Musical Theatre (see photo gallery below). They also had to produce a portfolio of evidence to complete their Award.  The girls were assessed by a moderator from Arts Award, which is accredited by Trinity and Guildhall, at the end of June and learnt of their success just before the end of term.  They will receive their official certificates in September.

Meanwhile students studying GCSE Drama, along with Drama scholars Y7-Y11 attended a performance of the Lion King preceded by a special workshop led by two actors from Disney at the world famous Pineapple Dance Studios.  There they rehearsed and performed a scene from the Lion King. Once inside the theatre they were inspired by the spectacular production and were especially excited when the scene they had explored in the workshop was performed.

Year 11 students who will be taking A Level Drama & Theatre Studies at Sydenham High School next year attended a workshop at Sutton High School with physical theatre company Gecko Theatre. Having performed stunning productions and unique plays around the world Geeko Theatre have now been put on the new A Level syllabus as practitioners to study, so the girls are getting a real head start for their A Level next year.

Not to be outdone, our dancers have also been busy.  Contemporary Dance students attended the GDST Day of Dance at Bath University earlier in the term.  This included a variety of dance workshops in different styles from Musical Theatre to Hip Hop. The girls then performed a piece that they had been working on with Rebecca Denby from LABAN, in the theatre at Bath University. The girls also got to watch others students from across other GDST schools perform. This was a fantastic day and the girls got a lot of great feedback.

Our Contemporary Dance Company will be recruiting new members in September. The company rehearses with Rebecca Denby from LABAN on a Thursday from 4pm – 5.30pm in the Longton Hall.

Next year will also be the 10th anniversary of the Unity Through Diversity Dance Show. Watch this space for more details of celebrations. 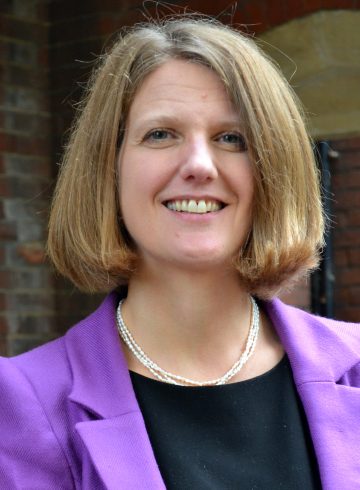