A level chemists get tips from the top

A group of Sydenham High’s A level chemists attended this year’s ‘Science Live!’ in Euston for a fascinating day of examination sessions and lectures on the latest developments in chemistry.

The list of speakers included five of the UK’s most eminent chemists and scientific communicators such as: Dr Philip Ball, one of Britain’s most highly regarded and thoughtful science writers. Dr Sujata Kundu, a nano chemist and teaching fellow at the University of Surrey, focused on carbon and its many uses beyond fuel. Dr Peter Wothers, teaching fellow at the Department of Chemistry, University of Cambridge, explored spectroscopy and the phenomenon of when matter meets electromagnetic radiation.

All the presentations proved fascinating for the students but it was the final talk on water by Professor Andrea Sella, Professor of Chemistry at University College, which really captured everyone’s interest.

Professor Sella recently received the Michael Faraday Prize for excellence in science communication and his talk on the weirdness of water certainly confirmed to the students why he had received this award.

“He was really passionate about the subject and showed us that we shouldn’t take water for granted just because we are used to seeing it in its different states, “ said Year 12 chemist Isabelle.

“Water is actually unique amongst the elements and can be more useful than we might think so we should value it more, “ commented Maria, another Year 12 chemist.  “It’s easy for us to forget that other elements don’t float in their liquid state but we see this as normal for water and don’t question it.” 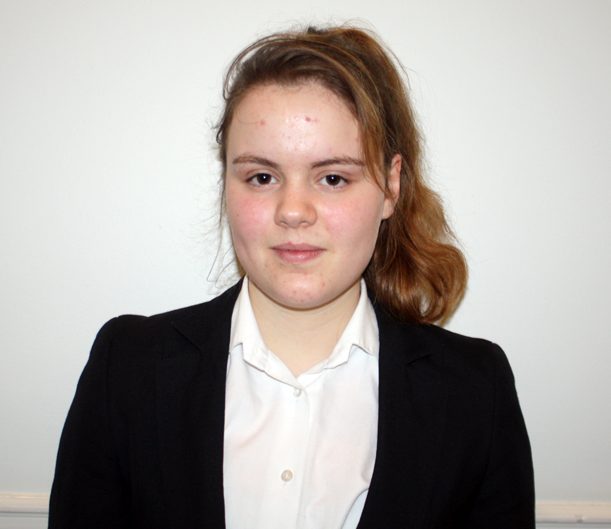