Junior School chose to Flourish and Fundraise for their ‘Be Bold’ Flourish and Fly Week from 20-24 March and raised over £730 in the process. Their chosen charity was Comic Relief, as Red Nose Day fell at the end of the week.

Pupils came up with a huge variety of activities to raise as much as possible for Comic Relief. This included an Enterprise Fair, at which the students sold products and services to their parents and families that they had devised or made over the previous weeks. This event alone raised £300.

They also sold five large boxes of official Red Noses and raised more than £150 at a cake sale and with a spontaneous musical conga around the school led by Mr Welch.

Activities culminated on Friday – Red Nose Day – when girls from across Junior School impressed everyone with a wide variety of acts for a ‘Make Your Laugh Matter’ Talent Show. The show included: a topical comedy sketch about Donald Trump; music; dance and magic trick demonstrations. All performances were confident and, of course, BOLD!

The fundraising week was organised by the Junior School Council and was the culmination of a month of regular planning meetings. The objective of the week was to raise money for a great cause, promote teamwork and collaboration around an enterprise project as well as embody the GDST value of being ‘bold’; standing tall, trying new things and not being afraid to get involved with important issues.

“We are all very proud of the strength of pupil voice in the school and the way in which the girls stepped up to devise an exciting and bold schedule to raise funds,” said Head of Junior School Claire Boyd.

By the end of the week the Junior School had raised an impressive £731.12 for Comic Relief. 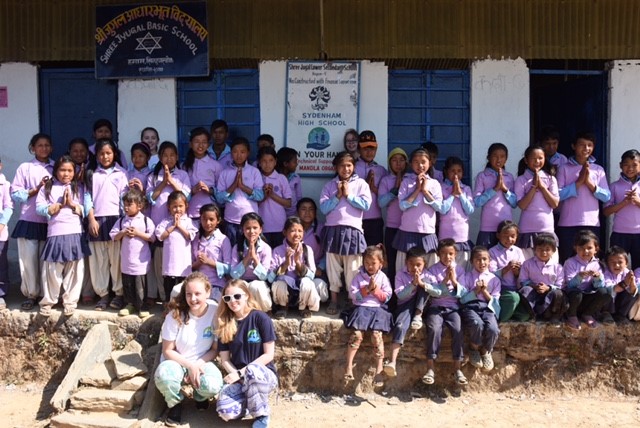