Sophie Hudson and Georgia Coombes were part of a team from In Your Hands Charity who successfully tackled a gruelling Tough Mudder, involving 12 obstacles and a sea of mud. Also taking part was the charity’s co-founder, Jo Pawley.

Sophie and Georgia are Youth Ambassadors for the charity, having already helped Sydenham High to raise the initial funding needed to rebuild Jugal School. They have also made trips to Nepal during school holidays to help at Jugal and at other schools supported by the charity. 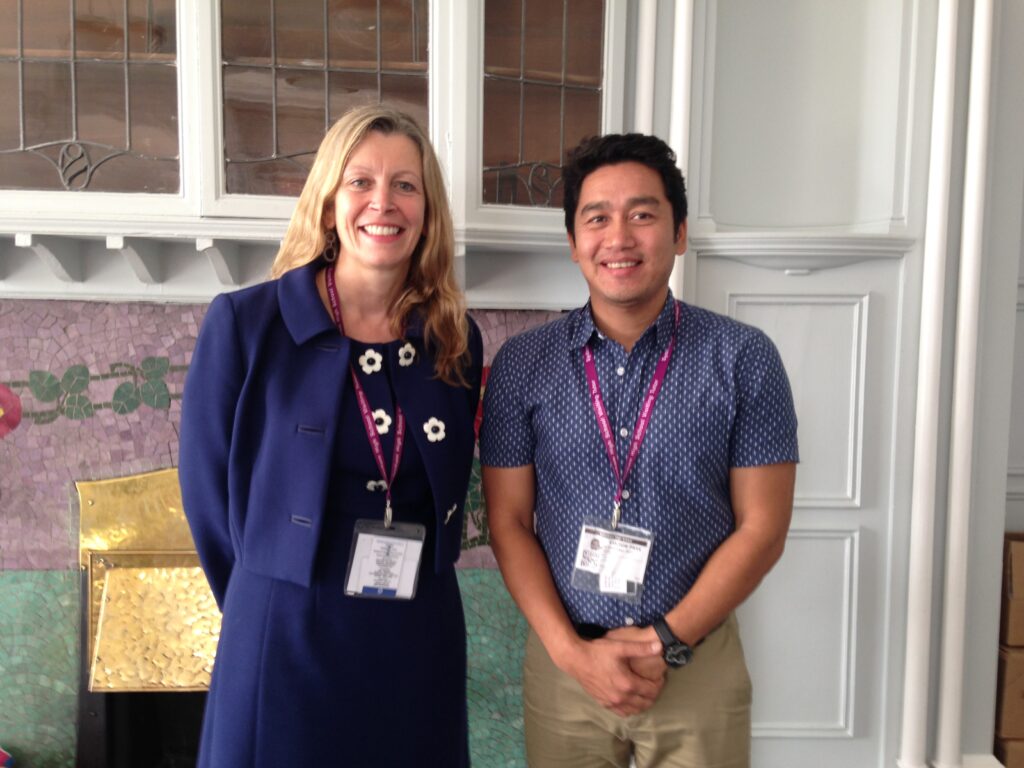 The girls were officially congratulated by Milan Tamang, General Secretary of the Mandala Organisation, the non-governmental Disaster Help Foundation for Nepal, who was in the UK on a fact finding tour of the charity’s link schools like Sydenham High. As part of his visit to Sydenham he toured the senior school, visiting a number of lessons including an A Level Maths lesson, a demonstration of fibre optics in Physics and a Drama class.

In Your Hands Charity was set up by friends Jo Pawley and Pauline Sanderson two and half years ago, following the devastating earthquakes of April and May 2015, with the original aim of rebuilding a number of schools in the worst hit areas. Since successfully achieving this aim, they have gone on to fund books, computers and teacher training and healthcare projects.