The Bone Cancer Research Trust celebrates its 15-year anniversary this year. It is a cause very close to the heart of our resident nurse Judith Armstrong who is also marking an important anniversary this year – 25 years of looking after Sydenham High pupils!  Every year Nurse Armstrong raises money for the charity through various sporting endeavours in memory in particular of two Sydenham High pupils who tragically suffered with bone cancer and passed away during their time at school –  Rose, who attended the Junior School and died in 2010 just before her ninth birthday, and Lottie who was in year 13 and also sadly passed away in 2010.

Rose and Lottie were truly inspirational students with wonderful, supportive families. They were both keen to be in school as much as possible and to live as long as possible but sadly, with this cruel disease, that was only the case for 2 years after their diagnoses.They and their families are remembered with love. We hope that the outcome for other young people, similarly diagnosed in the future, will be much better because of the research supported by The Bone Cancer Research Trust.

The Bone Cancer Research Trust – whose motto is ‘until there’s a cure’ – recently announced the creation of an Early Career Fellowship Grant, the first of its kind awarded and part of their 2017-2022 £2.8 million Grant Programme. This year Nurse Armstrong will be raising money at the Senior School Sports Day on Wednesday 23 June and at the Prep School Sports Day on 30 June.

If you would like to support this cause, please do so here https://www.justgiving.com/bcrt

or you can make a text donation: message BCRT SYD to 70800 (text donations costs the donation amount + standard network rate and BCRT will receive 100% of your donation) 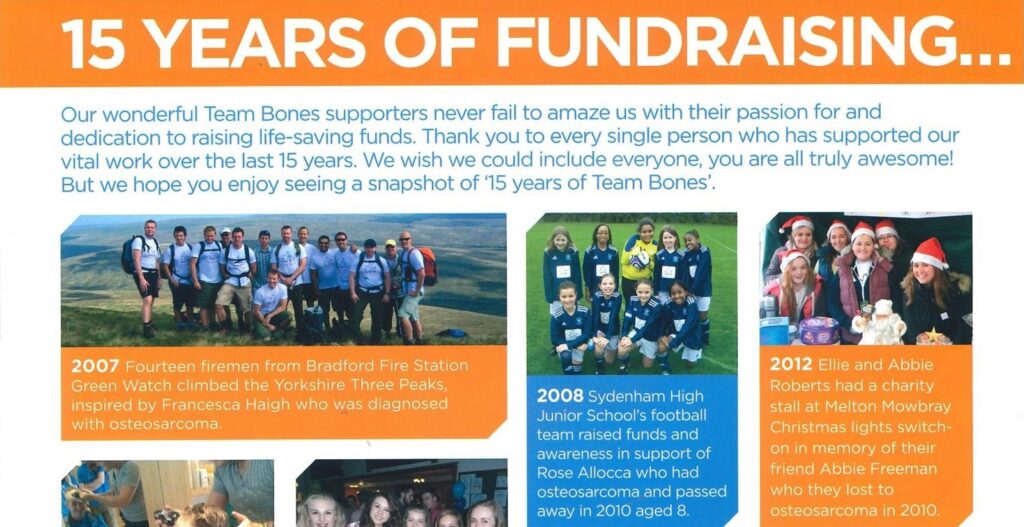