Another Fear.Less Friday success! No Pen Day saw staff try out new activities to transmit knowledge to their classes without the use of writing implements. It was an exciting day that saw lots of innovative ideas and kept up the learning momentum on the last day of the half term.

Year 12: Three hours one-to-one with a pupil: literature assessment on Horace’s Satires verbally which was so useful and effective. She did really well and helped to engage with the text under a different type of pressure. We reviewed it afterwards and we both think it would be good to do every month or two. Next time we’re going to use the voice to text app to record and review.

For literature we did 10 minutes of reordering the text in Latin and English/spotting false words or phrases and 5 minutes each on preparing and delivering a character profile of each character in the text, which we then recorded. Gave the girls so much confidence in oracy and great team work. When reflecting on the lesson pupils said they’d love to continue doing no pen revision sessions. 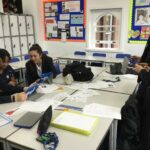 Had a great day with year 7 modelling particles with Lego, and year 10 dissecting an eye. 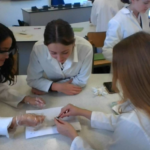 Year 9: Currently studying battles in World War 1. Students read an extract of a battle scene in warhorse then acted it out. 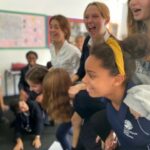 Year 10: Currently studying medicine and the discovery of bacteria and the germ theory. Card sort with a prize – Anti Bac! 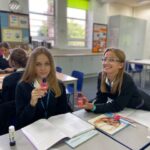 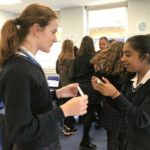 Year 13 The girls planned essays using a zone of relevance, whereby they prioritised knowledge previously recorded on post it notes according to relevance to an exam essay question, having to rethink and categorise again as the question in the centre got changed. After each question they organised the post its into an essay order and take photos of it. By the end they each had 4 or 5 essay plans. Lots of fun and no writing! 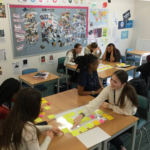 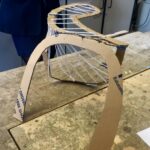 Even in cover lessons, pupils got involved by making origami: rabbits, penguins, hearts and butterflies. 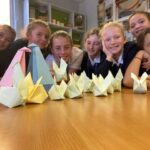