As I write this, I am looking out my window at the view of the mountains and the sea and I find it hard to believe that this is where I will be spending the next academic year.

My name is Martha and I became a Sydenham High school alumna in 2019. Since then, I’ve been at Lancaster University doing a degree in French Studies and Chinese.

I chose to go to Lancaster University, as they offered a Linguistics and Chinese degree. I felt that the approach to study and the topics that were studied were aligned with my interests and attitude. At the open day in Lancaster, the current students and lecturers were friendly, and I felt comfortable with the atmosphere on campus.

At Lancaster, it is obligatory for most students to study three topics in their first year. I chose to take a module in advanced French language and French culture. At the end of the first year, I found that I was enjoying my language learning far more than I was enjoying linguistics, and so decided to change my major to French and drop linguistics. If you are applying to study something new at university, don’t let my experience put you off! If you find that you are not enjoying your course, there will likely be a way to change it even if the system is not the same as Lancaster. Make sure you speak to someone at your university, such as the head of department, personal tutor, the Student Union, the counselling team, or careers team. The first step is talking to somebody at the university and they will be able to point you in the right direction.  I was afraid to make the switch as I was worried that I was going to regret it, but I’ve found myself enjoying my studies a lot more than in first year, and I’ve now been able to take a year abroad.

By far the most daunting and exciting part of doing a language degree has been the International placement year. Having started my year abroad in post-Brexit Europe and with the pandemic still looming, there have been a fair few uncertainties and difficulties, but now that I have arrived and am settling into my new home I thought I could share some of my experiences.

Lancaster provided us with three options for our placement year – studying at one of the partner universities abroad, finding a job or internship, or applying for an assistantship with the British Council. The options will vary from one university to another, but I can tell you about the process for applying to the British Council English Language Assistant (ELA) as this is the route I chose, and it can be done by pretty much anyone, and doesn’t have to be done within a language degree.

I had to go to France for my year abroad to count as part of my degree, but there are options about the regions you’d prefer, whether you prefer rural or urban settings and whether you’d prefer to work with younger or older children. If you are interested in working as an ELA, I’d recommend looking at the British Council website, as there is a reasonable amount of practical and administrative information that I won’t be able to cover here!

Having started the application around May, I received confirmation of my placement in July and was delighted to be placed at a primary school in Corsica. I may go into more detail later on the administrative processes regarding the ELA application and getting a visa if it is of interest. However, one piece of advice – if you do decide to go for the ELA programme, then start your application as soon as possible! You will be given support, but there are a lot of things to sort out, especially with the new visa process, and the time between May and September goes surprisingly quickly.

After a few weeks of panic-packing my suitcase and scouring the internet for an aeroplane ticket, I made it to Corsica in mid-September and spent my first week staying in a hotel, balancing my time between administration and sight-seeing. After finding a room to rent, I could relax a bit more. The city I am in is called Ajaccio and it is an amazing place. It is right on the beach, has some lovely cafés and restaurants, and being the birthplace of Napoleon there is no shortage of museums!

For those who are concerned about travelling or studying abroad because of COVID- I completely understand. When everything seems to be changing so quickly it seems hard to make plans, but please don’t let COVID stop you from doing a language degree, or even just going somewhere new. Of course, you have to check the travel regulations and follow the rules, but I have found myself to be surprisingly comfortable in France. Most cafés and establishments here require a “pass sanitaire” (usually a vaccine certificate) to enter, and the wearing of masks is still going strong. Whether or not COVID is still a problem when you go abroad, your university or British Council will be able to give you plenty of support and advice. I chose my degree before the pandemic, and I almost didn’t do a language degree partly because I was afraid of going abroad. But I am very glad that I went ahead, even with the extra challenges that this year has brought.

My landlady is an organiser for a Jazz festival, so I have been having a fantastic time going to the festival after spending an afternoon on the beach! A few months ago, I had no idea where I would be or what I would be doing, but I’ve already made friends, found some favourite cafés and beach spots, and even seen a few world-famous Jazz artists in my spare time.

Martha studied French, Spanish and English Literature at A-level and whilst at school she won the GDST Anne Hogg Modern Foreign Languages Prize in 2015 and the Irene Thomas Prize for Modern Languages in 2019. At school she was also a regular volunteer as part of our Language lessons partnership programme at Holy Trinity Primary School. In her first year at Lancaster, she won the Lola Maud Dalton Prize for the best-performing first-year student for Chinese. 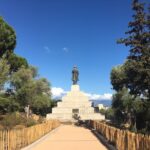 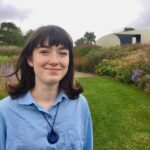